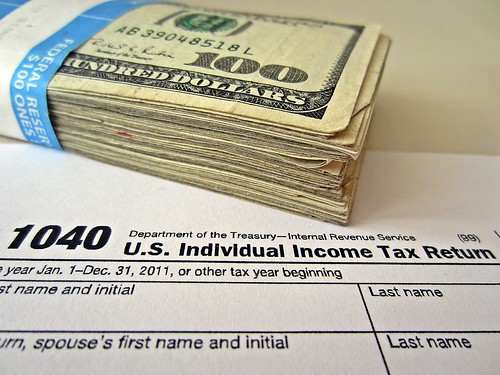 If you’ve put off filing your taxes all season until today, Tax Day, it may end up costing you more than you think. In a recent epidemic, hackers and identity thieves have been stealing millions of dollars in tax refunds using only 2 components: your name, and your social security number.

According to CNN Money, last year alone hackers stole over 6.5 million social security numbers and this year’s number could be even higher. Once your SS number is stolen, it is sold on the black market for up to $5. From there, phony W-2 forms are made up, filed in your name, and just like that-your refund is gone.

Typically, hackers pull this scam early in the season leaving those who have waited to file in the dust. Once this happens, there is only a slim chance of ever recovering the stolen funds. CNN Money tells us that once discovered, investigations can take years and the average wait time to resolve the issue is 120 days.

While the IRS is doing everything they can to stop these criminals, they advise taxpayers to take precautions such as only giving out their SS number online when absolutely necessary. They also advise that taxpayers protect their computers by downloading anti-virus systems and that they keep their SS cards and other personal information in a safe place. Avoid carrying your card on you or giving your personal information over the phone or via email as well. Checking your credit report and social security earnings statement annually will also help decrease your chances of falling prey to hackers.

If you’re among the reported 6 million plus victims who has had their tax refund/identity stolen, notify the IRS and file a police report right away. Also make sure to file a complaint with the FTC (Federal Trade Commission) at www.consumer.ftc.gov or contact the identity theft hotline at 877-438-4338. Close any accounts that have been tampered with and contact a major credit bureau to place a “fraud alert” on your account.

Take the above precautions next year and do not wait until Tax day to file as it may put you at a greater risk for becoming a victim to tax fraud and getting your refund stolen.